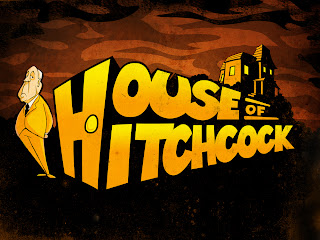 Hitchcock seems to be showing up everywhere these days, from HBO original movies to major motion pictures to an upcoming A&E original series. It's certainly an exciting time to be taking a "Films of Alfred Hitchcock" course at Fordham. Aside from studying the master technician's films in depth, the class also offers its students the opportunity to produce creative projects in the vein of Hitchcock.

For my project, I've been developing an animated medley of Hitchcock characters and tropes---from men on the run to antagonistic birds to strangers on trains. The final piece will clock in at about one minute and thirty seconds, and will feel a bit like a Pixar end-credits sequence.

To give you a taste of where the video is going, here is a look at some of the production materials: 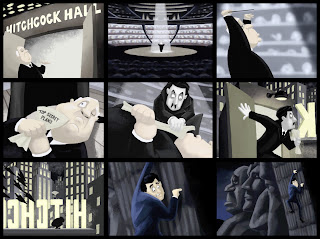 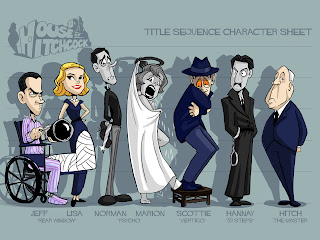 A pre-production character sheet for characters appearing in the medley. 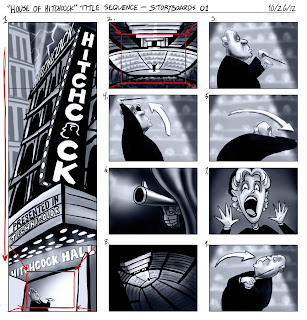 A sample storyboard sheet for the opening of the medley.

Check back soon to see the final product in motion!

Places I go to for inspiration